The Annapurna Region is located to the north of the beautiful tourist town of Pokhara in Western Nepal. The entire region is protected as the Annapurna Sanctuary. The literal meaning of Annapurna is the goddess of food – Anna (grain) and Purna (full). Devotees believe that Goddess Annapurna is the incarnation of Goddess Parvati, the better half of Lord Shiva.

The Marsyangdi river and the Budhi Gandaki River flank the Annapurna Massif. The massif is home to some of the highest Himalayan mountains including the Annapurna I (8,091 m). Annapurna I is the tenth highest mountain peak in the world. It is also the first mountain over 8,000 m in altitude to be scaled. A French expedition led by Maurice Herzog first reached the summit of Annapurna in 1950.

You will need some mountaineering experience in mid range altitude mountains to climb these peaks. The ascent itself is not very difficult but you will need ample preparation to prevent altitude sickness.

The Annapurna Sanctuary is one of the most well managed trekking routes in Nepal. The people mostly live in picturesque villages carved on the mountain side. The Gurung people (native to the Western part of Nepal) are the main settlers of these villages. Their villages are impeccably clean and equipped with all the modern amenities required for travellers.

There are a number of route options to start our journey towards Annapurna Region from Pokhara. We can start our trip from either Naya Pul, Panchase or Phedi. The most popular option is to first walk from Nayapul to the beautiful village of Ghorepani. Poon Hill, a popular sightseeing point, is located nearby Ghorepani. You will get a 360 degree view of the Himalayan mountains from Poon Hill. Ghorepani is acclaimed for its homestay. You will experience the unique culture and way of life of the local Gurung people. Their hospitality will make you want to come back for more.

After leaving Ghorepani we will head towards Annapurna Base Camp via Tadapani, Chomrong, Sinuwa, Himalaya and Machhapuchhre Base Camp respectively. However, if you are planning to climb Mardi Himal and surrounding peaks you will have to start your journey from Phedi.

Annapurna Base Camp (ABC) is covered in thick snow all year round. You will witness a unique scene of numerous sky-high mountains towering towards heaven from all sides. The base camp has hotels with facilities like hot water, V-Sat telephone, warm rooms and exquisite meals.

Another wonderful aspect of the Annapurna Base Camp is the view of Mt. Machhapuchhre (Fish Tail) from its backside. The fish tail mountain is  named so because its twin peaks resemble the tail of a fish. However, the best view of the peaks as a fish tail is viewed from its backside, i.e the Annapurna Base Camp. Mt. Fish Tail itself is forbidden for climbing because of religious reasons and has yet to be climbed. 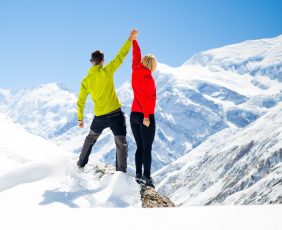 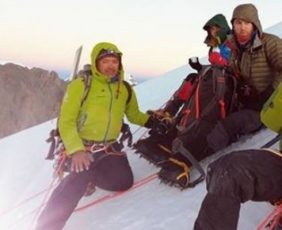 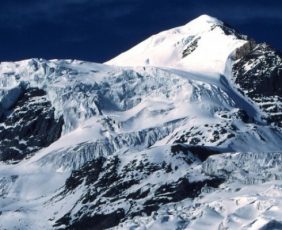 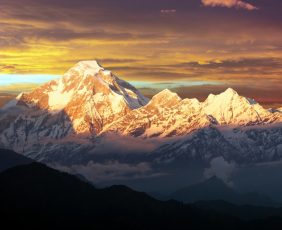 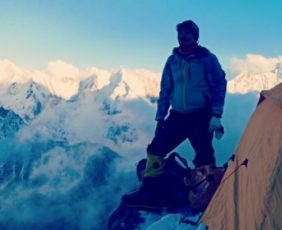 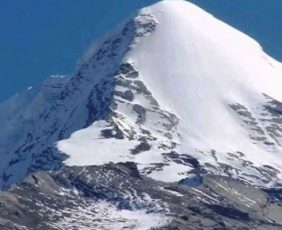 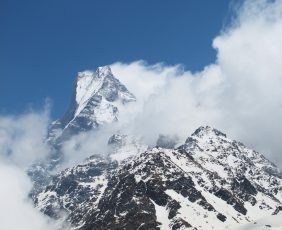