Langtang Region is a beautiful getaway place situated in the north of Kathmandu Valley. The southern border of Langtang National Park is only 32 kms from the capital city. Langtang is a valley formed by the Himalayan mountains in the north and the hills of the Mahabharata range in the south. It is also known as the ‘Valley of Glaciers’.

Langtang Region was featured in the list of 52 places to visit by the New York Times in 2017. The Langtang National Park is one of the oldest National Parks in Nepal. It was established in 1,976. It covers an area of 1,710 square kilometers. There is a village of the same name in the heart of Langtang region. Langtang village was badly destroyed by the 2015 earthquake in Nepal. However, the village has now sprung back to life after swift rebuilding work by the locals.

The name of the region has its roots in a regional folklore. Locals believe that a meditating monk had once followed a Yak into the valley. Yak is called ‘Lang’ in Tibetan language and ‘Dhang’ means to follow. People say the region was called Langdhang at first and it gradually became Langtang in subsequent years.

The trek to Langtang Valley begins with a drive from Kathmandu to Syabrubesi in Rasuwa District. The ride takes you 132 km north of Kathmandu (road distance, not as the crow flies). We will set our foot on the trekking trails from Syabrubesi.

We will cross the raging Bhote Koshi river and walk along the beautiful forests of Rhododendron and Bamboo. Animals like Musk Deer, Himalayan Tahr, Black Bear, Red Panda etc. roam these forests. We will get a stunning view of mountains like Langtang Lirung (7,246 m), Dorje Lakpa (6,988 m), Kimsung (6,781 m) and Langshisha Ri (6,370 m) throughout the journey.

Once we cross the Langtang Village and venture northwards towards Kyanjin Gompa, the weather gets chillier. Kyanjin Gompa (3,860 m) is a famed Buddhist Monastery. The Sherpa and the Gurung people are the main inhabitants of the region and Buddhism is their main religion. There are many home-based cheese factories near Kyanjin Gompa which serve exotic Himalayan Yak Cheese.

We have the option to visit Tserko Ri view point from here. Tserko Ri lies at an altitude of 5,000 m and offers a majestic view of the sunrise in the backdrop of the mountains of the Langtang Range. There are wonderful glaciers on the way to Tserko Ri. The Langshisha Grazing Pasture also lies on the way.

You can venture towards Gosaikunda Lake too if you are not short of time. The trek to Gosaikunda is also moderately difficult. The lake holds special religious significance among Hindus and Buddhists. There is a huge gathering at the lake on the festival of Janai Purnima, which usually falls in August.

Once you visit Gosaikunda, you will return to Kathmandu via Melamchi in Sindhupalchowk. This region also offers a few days of homestay option among the local Hyolmo people. 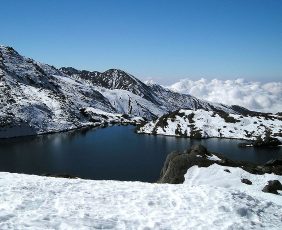 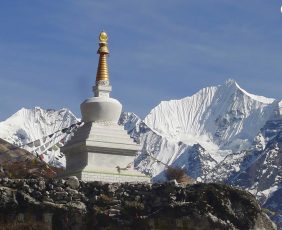 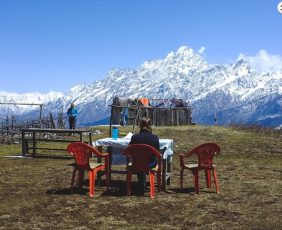 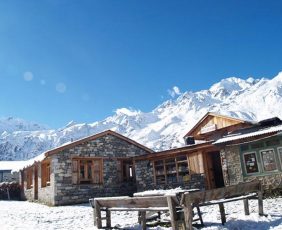 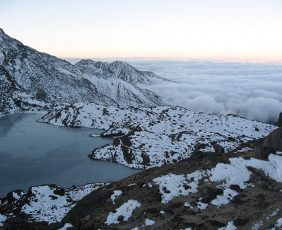 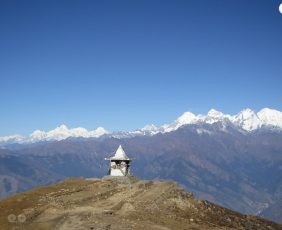