The Manaslu Region is one of the most spectacular but relatively less explored trekking routes in Nepal. However, these days trekkers are choosing Manaslu Region Trek over popular trekking options like Annapurna Region Trekking and Everest Base Camp Trek. The main reason of the increasing popularity of Manaslu Region Trek is crowd-free trekking experience in all seasons. The Annapurna and Everest region are full with visitors from all parts of the world throughout the year but the Manaslu region receives visitors in sporadic numbers. This provides a complete experience of being lost and lonesome among the mountains for trekkers.

While the trekking route to Manaslu Region was officially opened in 1991, it is only recently that trekkers have started to take it as a serious trek alternative. There were not enough teahouses and lodges for trekkers in Manaslu Region up until a few years ago but things have changed significantly in recent years and trek related facilities are being increasingly upgraded by the local people.

Manaslu is one of the nearest long Trekking options from Kathmandu. The region is located in the Central-North part of Nepal in Gorkha District. The trek starts with an 8 hours drive from Kathmandu to either Arughat or Soti Khola in the border of Gorkha and Dhading district. The Budhi Gandaki river separates the two districts. The banks of Budhi Gandaki river formed the ancient salt trading route between Nepal and Tibet. Trekkers follow the same ancient trade route used by the locals for generation while venturing north towards the heart of the Manaslu region.

The trek normally takes about two weeks to complete if you wish to end it in Besisahar, Lamjung District. However, there are many alternative routes too. One among those alternative routes is crossing the Thorong La Pass and heading towards the Annapurna Region. This option is very challenging and is only advised if you have serious prior trekking experience. Moreover, you can also visit the beautiful Tsum Valley if you have a few spare days left. It requires a permit of $70 per week to enter the Tsum Valley. The valley is full of beautiful lakes, grazing pastures, streams and snow clad mountains.

The Larkya Pass (5,167 m) is the highest point in the trek. The Pass connects the Budhi Gandaki Valley with the Marsyangdi Valley in the west. You will get a spell bounding view of Mt. Manaslu, Himchuli, Cheo and Himlung Himal rising like a snow wall from Larkya Pass.

Mt. Manaslu (8,164 m) is the namesake mountain of the region and is the eighth highest mountain in the world. It was first climbed in 1956 and is regarded as one of the deadliest Himalayan Mountains in terms of peak climbing. Apart from Manaslu, 10 peaks over 7,000 m in altitude are located in the Manaslu region.

The region offers a unique variety of flora and fauna. Climate changes steadily from Tropic to Arctic as we move northwards from Arughat (800 m) to Larkya Pass (5,167 m). Animals like Red Panda, Musk Deer, Wolf, Himalayan Tahr and Asiatic Black Beer are found in the region. Pika, the highest living mammal in the world, is also found in the region.

The Manaslu region is also famous for mineral deposits. There is a valley named Ruby Valley in the heart of Manaslu Region which has large deposits of rare metals and gemstones.

The people of the region are warm and welcoming. Buddhism is the major religion in the region with some people also practising Hinduism. 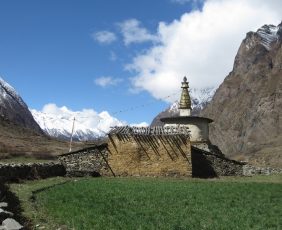 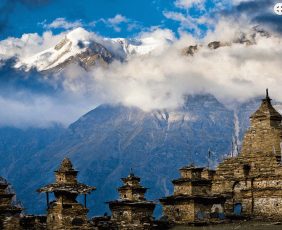 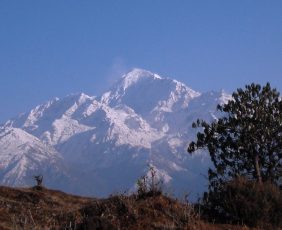 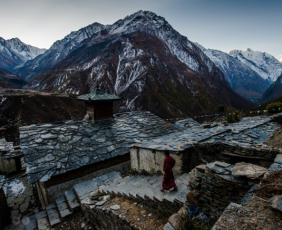 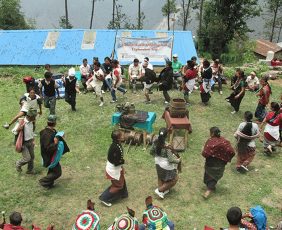 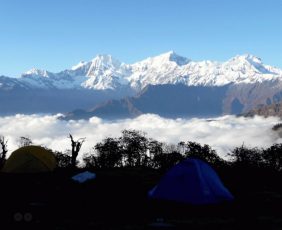 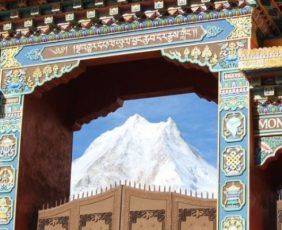 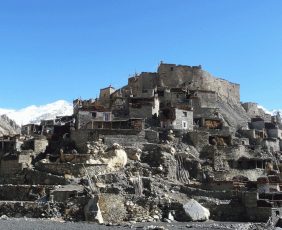 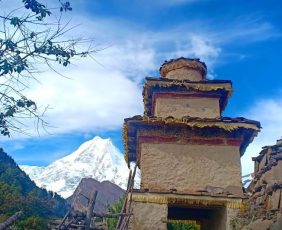