Mt. Everest (8848.86m) is on the top of the list of avid mountaineers worldwide. Conquering the spectacular peak is one of the most outstanding achievements of the mountaineering world. The towering peak has many inspiring stories of successful climbs. However, there are many haunting tragic tales of the mountain as well. These stories mainly consist of those climbers who have perished during their journey to Everest. Among such tragic stories, the story of Francys Arsentiev is quite spine-chilling. Popularly known as Mount Everest Sleeping Beauty, Francys Arsentiev was an American mountain climber who died on the mountain in 1998.

After successfully climbing the highest mountain in the world, she lost her life while returning to the base camp. Sleeping beauty is an endearing term given to Francys by the Everest climbers. She successfully climbed Mt. Everest on May 22, 1998, writing her name in the record books as the first American woman to do so without supplemental oxygen. The Everest expedition team also included Sergei Arsentiev, her husband.

The weather conditions in the Everest region became awful during the return journey. The primary cause of their death was a lack of oxygen since she had not carried supplementary oxygen. The bad weather conditions did not allow her to descend, and she had to remain on the mountain for multiple days. The tragic event also led to the death of Sergei just a day after.

Moreover, this tragedy is a cautionary tale among the climbers in the region. It has since become a story passed on among the mountaineers. This story helps them learn about the stuff they should be wary of and avoid in the Himalayas. It will also help them to take the necessary precautions while tackling Everest. 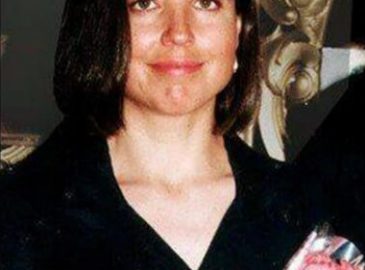 Francys Arsentiev, a Hawaiian native, was into mountaineering from a young age. She had climbed all the peaks in her native place and had ambitions to summit mountains worldwide. She was highly passionate, and one of her dreams was to conquer Mount Everest. Moreover, she wanted to climb this towering beast of the mountain without supplemental oxygen and hence registering her name in the record books.

Following her passion, Francys came to Nepal for the Everest expedition in May 1998. She had her team, which included her husband, Sergey Arsentiev. The first attempt to reach the summit of Mt. Everest was on May 20, 1998. As with most first attempts, they could not complete the climb as their headlamps failed to turn on.

They returned, regrouped, and began their second attempt at the summit on May 21. Again, luck did not favor them, and they had to return after climbing just 50-100m. After multiple attempts, they finally arrived at the top of Mount Everest successfully. This achievement made Francys the first American woman to reach Mt. Everest without supplemental oxygen.

The expedition was a tough one as they encountered many weather challenges. The team encountered harsh winds, which led them to postpone their journey multiple times. They had to stay in the mountain as there was no clear weather to return down. Since they had traveled without oxygen, they were incredibly tired and lost their cognitive ability.

In total, they had to spend 3 days above 8000m, also known as the danger zone. Another difficulty was that they got separated on their journey to the base camp. While her husband returned to the base camp, Framcys lost her trail. To look for her, Sergey went back, this time with oxygen.

Moreover, the Uzbek team, also on an expedition to Mount Everest, found their body of Francis. They found her in a half-conscious state. The minimal oxygen levels and the frostbite led her to these conditions. They tried to help and carried her to some distance but could not allow her to reach the base camp.

Besides that, two other mountaineers also found them but couldn’t risk their lives to save them. The weather remained challenging and disruptive, so they couldn’t help her. These tragic circumstances led Everest sleeping beauty to breathe her last in the region. Sergei also lost his life as he fell from a cliff on his way back to find Francis. Since Francys looked pristine white because of frostbite, she was thus termed “Mt Everest Sleeping Beauty” by the climbers.

Why do we need Supplemental Oxygen for Climbing Everest?

The Mount Everest expedition is a challenging adventure in the Himalayas. The beautiful trail provides you with the best views of the snow-capped mountains. The Everest summit lying above 8000m, has minimal oxygen and air pressure. Hence, mountaineers taking this climb must have supplemental oxygen to arrive at the top safely.

Some climbers also lose their cognitive abilities and cannot make rational decisions. Sherpas and other people from the mountain climbing community can travel without oxygen. They have an inbuilt capacity due to the climate and can achieve this feat. However, climbers need this supplementary oxygen along the route to the top of the highest mountain in the world.

Do many climbers climb without supplementary oxygen?

Everest expeditions have a record of climbing the summit of Mount Everest without oxygen. These expeditions are also done for record purposes and to set benchmarks. However, this is not recommended and not ideal for all climbers. The expedition to Mount Everest is not successful until you reach down safely. Many mountaineers have lost their lives trying to reach the summit without supplemental oxygen.

What led to the death of Francys Arsentiev or Mt. Everest sleeping beauty?

The harsh weather conditions on the summit of Mount Everest made the team of Francys unable to descend. Hence, she had to stay in the summit area for long hours leading to hypothermia and frostbite. Francys Arsentiev suffered from a slow death for several nights. The lack of oxygen in the high-altitude region diminished her cognitive abilities significantly. Hence, Francys perished on her way down to the base camp of Mount Everest.

What is Everest Graveyard?

Mount Everest is an incredible mountain peak standing the tallest among all the Himalayan mountain peaks in the world. However, more than 300 climbers have lost their lives since it opened for mountaineers in 1977. Among them, around 30 bodies lie on the mountain itself. Hence, the mountain is also known as a vertical graveyard. The significant causes of death on Mount Everest include avalanches, snow storms, blizzards, and earthquakes.

What is the Mount Everest death zone?

The section of Mount Everest lies above the altitude of 8000m, also known as the death zone. There are challenging weather conditions that can get quite unpredictable at this altitude. Hurricane-force winds blow in the region, with extreme frigid conditions. This is where Francys Arsentiev and many other climbers perished in the area.

What is Rainbow Valley Everest?

Rainbow Valley Everest is not happy a place as it sounds. The name comes from the colorful jackets, boots, and tents of the climbers who lost their life on Everest. Since, in the high altitude region above 8000m, the body doesn’t decay. Therefore they remain intact and visible to other climbers. Hence, therefore for these reasons, this region is also known as Rainbow valley Everest.

What happens to the corpses on Everest?

The corpses of the mountaineers remain in the mountain forever. Since it is not easy to recover the bodies helicopters cannot fly above mount Everest. There are various challenges, including harsh gayle force winds and others. People cannot risk their own lives in bringing the bodies. Moreover, the cost of getting dead bodies back from the mountain is around 70k USD. Many climbers have also lost their lives on a rescue mission. Hence, the corpses remain on Everest.

What is the primary cause of death on Mount Everest?

The Everest region is notorious for its extreme weather conditions and climate. There is unpredictable weather with climbers in risky conditions. Even a tiny misstep can lead to life and death situations. The primary cause of Mount Everest death is avalanches and falls. Frostbite and hypothermia are next on the list.

The trek generally starts from Lukla, where you arrive after a scenic flight from Kathmandu. The trail provides you with significant uphill and downhill terrains. Trekkers will pass through the beautiful landscapes of Phakding, Namche, Tengboche, Dingboche, Lobuche, and others to arrive at Gorakshep. From there, you will trek to Everest base camp and Kala Pathar.

The Everest expedition is another incredible mountain climbing adventure in the region. The beautiful terrains provide you with an astonishing peak climbing adventure. Climbing the highest mountain peak in the world is on the bucket list of all avid climbers. There are various camps you will need to pass through before arriving at the summit of Mt Everest.

The trail provides you with the best scenic vista of Everest Mahalangur Himalayas. Climbers must acclimate and train well to complete their journey without hassle. The climbers should also get the best trekking gear and equipment for the expedition to Mount Everest.

The Everest Base Camp trek and Everest expedition packages are available with us. You can book these packages with Nepal Guide Treks and Expeditions and get a safe and comfortable Himalayan adventure.