Himlung Himal, one of the glorious mountains in Nepal is located near from Tibet border in between the Mt. Annapurna range and the Mt. Manaslu range with an altitude of 7126m from sea level. Numbers of climbers have been summiting the Himlung Himal since it was first opened by Nepal Government in 2001 AD.

Himlung Himal Expedition adventure journey with Nepal Guide Treks and Expedition with a full day drive from Kathmandu to Chamje. This is also a starting point of Annapurna Circuit Trekking. Then, we follow the trail to the Nar Phu Valley Trekking route. We gradually head to Dharapani, Koto, Singenge, and Kyang until reach to amazing village Phu.

Summit Himlung Himal with our strong climbing guide team then descends to base camp. After base camp, we gradually descend back via the same route to Chamje and drive back to Kathmandu.
Please Visit: Peak Climbing Gears and Equipment and Essential Tools & Gear for Trekking

Useful Info
FAQ
How to Get Nepal Visa?

The difficulties of Himlung Himal Expedition depends on these common factors:

What Sort of Food Do I Get on Himlung Himal Expedition?

During Himlung Himal Expedition, good standards of organic and hygienic fruits and vegetables are served.

What type of Accommodation Do I Get at Himlung Himal Expedition?

Yes, Climbing Guide is very essential for Himlung Himal Expedition because it is not just for being a bit technical, but also due to several reasons like:

Do I Need Insurance for Himlung Himal Expedition?

Yes, you need to get climbing insurance for MHimlung Himal Expedition ( 7126 M ) which will also cover your trekking insurance.

There are many different insurance companies you can choose by visiting here.

Is There any Communication Facilities?

Yes, there is a variety of communication facilities like internet, satellite phone etc.

For communication, we have satellite phone through which you can communicate with your friends or relatives for which you have to pay USD $3 per minute.

In case of an emergency, communication with our company will be free of cost.

Due to remote sections, the mobile network is not available but you can use the internet above (5000 m).

What Do I Need to Bring while Himlung Himal Expedition?

What Happens if There is Any Emergency?

If there is an emergency, our climbing guide will help you during difficult situations with safety care, medical treatment and communication services.

Communication is also available as the internet and satellite phone, so a guide would help you if something critical situation occurs.

How much weight a porter can carry?

Depending upon the steep hills, slopes and difficulties and high altitude of the trail one porter can carry 25 kilograms of weight.

Usually, we provide one porter for one client.

But, We will also provide porter according to the size of your group if needed. 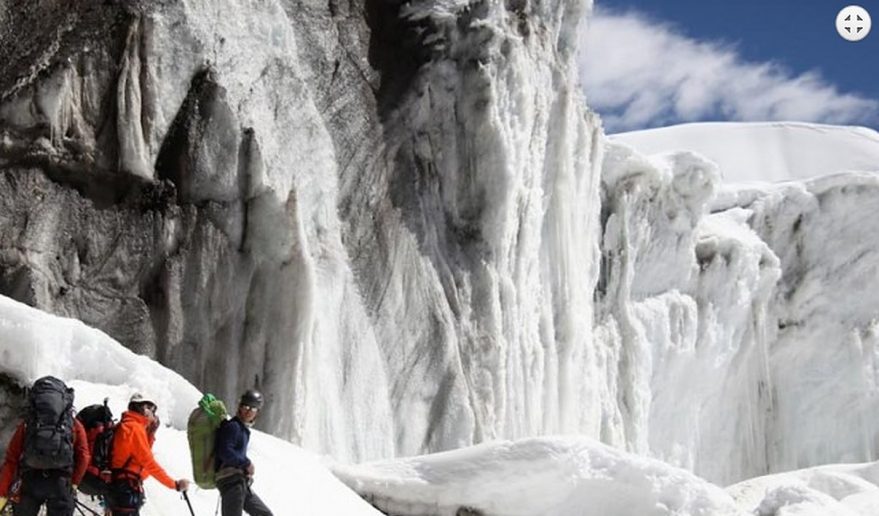 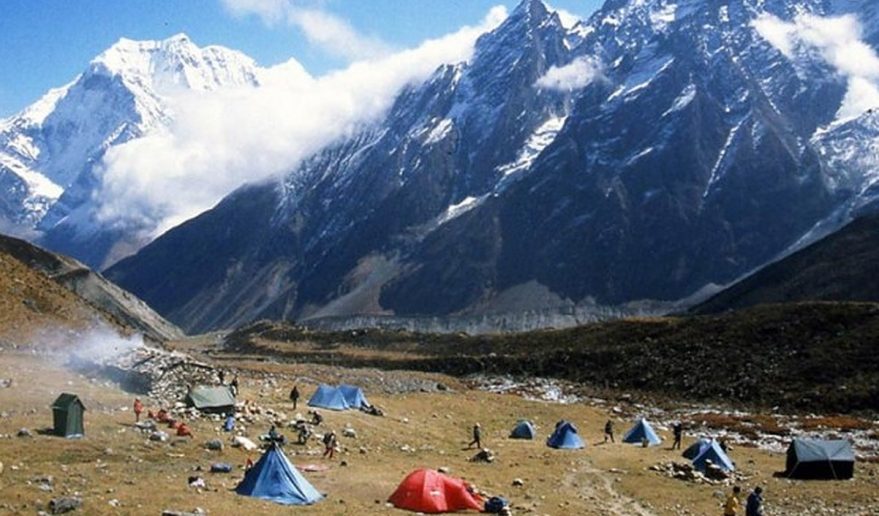 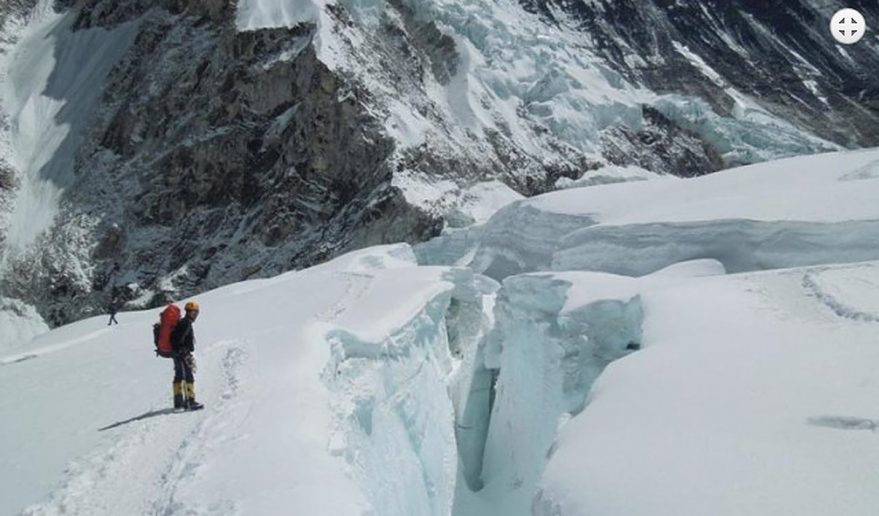 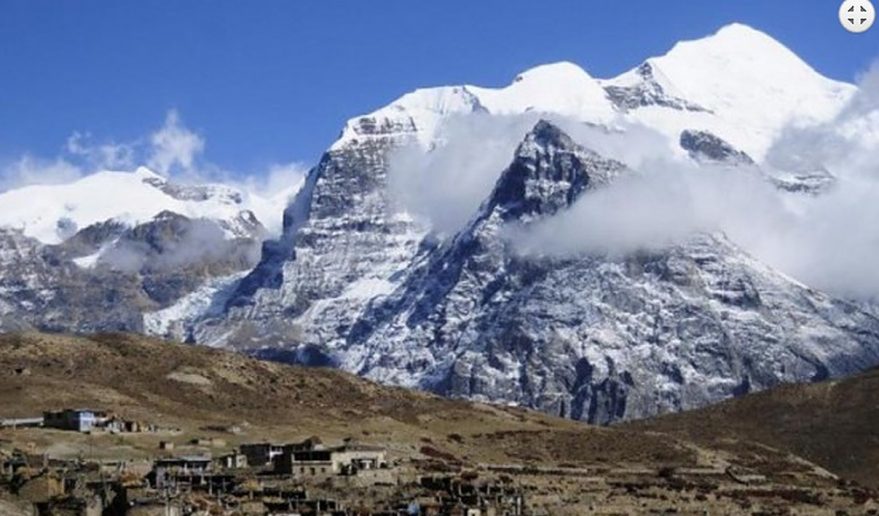 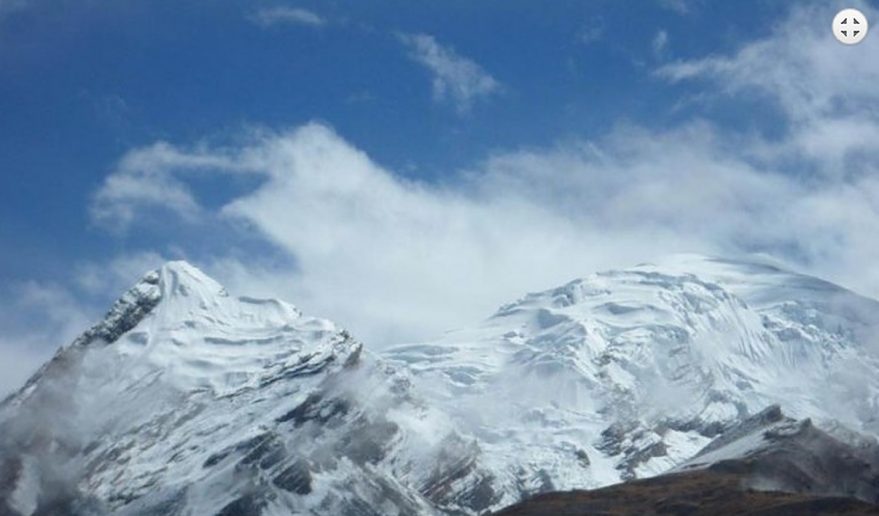 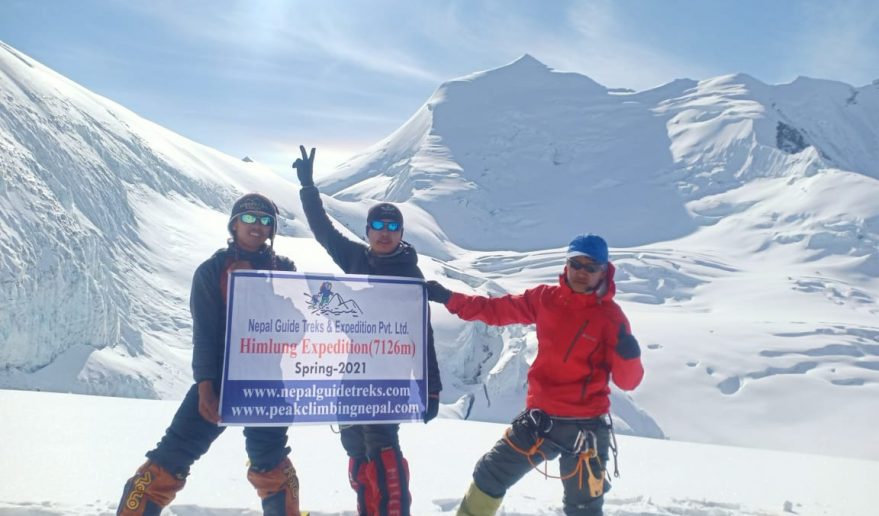 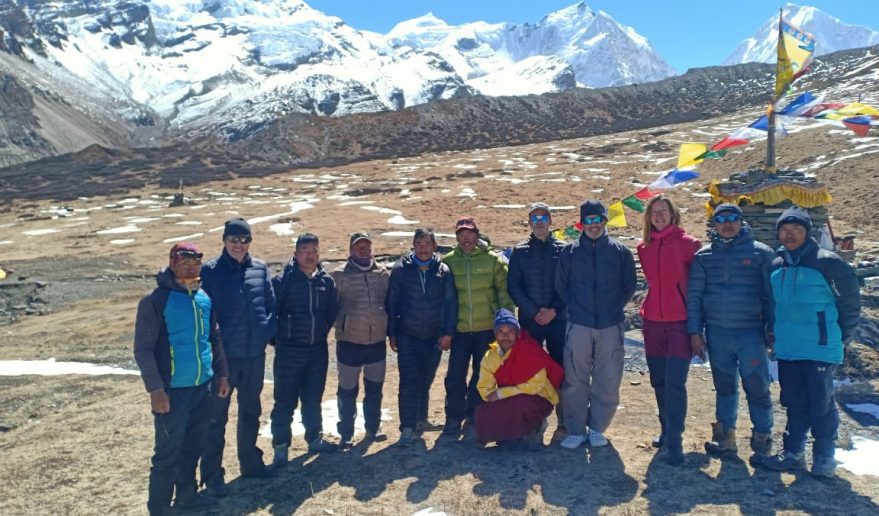 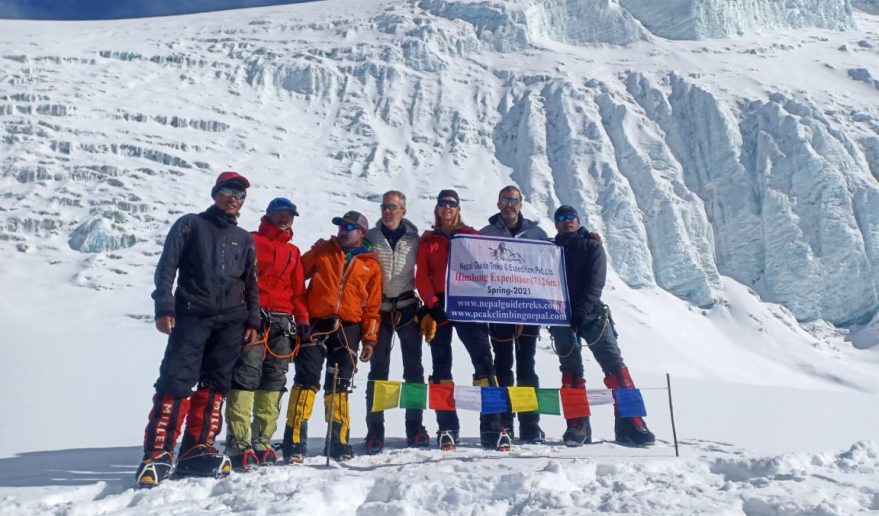 Namaste :) :) First, we would like to thank Nepal Guide Treks and Expedition for providing us superb package to our adventure trip. We, good trekker and climber team from Norway did successfully Island Peak Climbing, Pisang Peak Climbing and Mera Peak Climbing in Nepal with Nepal Guide Treks and Expedition. This time, we choose to have an expedition trip in Nepal. As per our strength level and our desire, climbing guide of NGT – Dawa Sherpa recommends us to have Himlung Himal expedition. As we were searching for a quite less technical climbing mountain in Nepal, we found Himlung – Perfect Mountain. We start our journey from Chamje. We visit Tibetan villages – Kyang, Meta, Koto and Phu. Amazing places!!!!!

All official teams and field staffs are perfect and well experienced!!!! Would recommend NGT forever!!!!!!!! 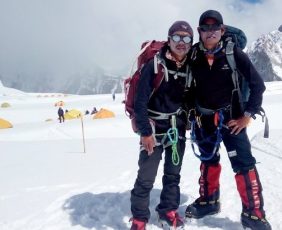 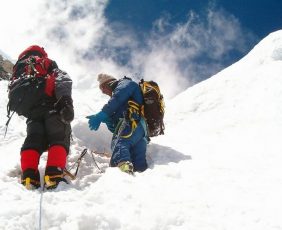 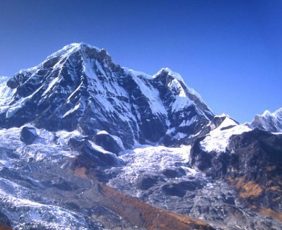 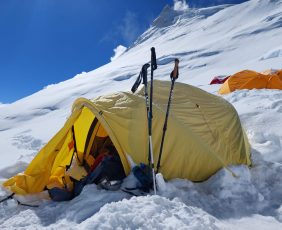